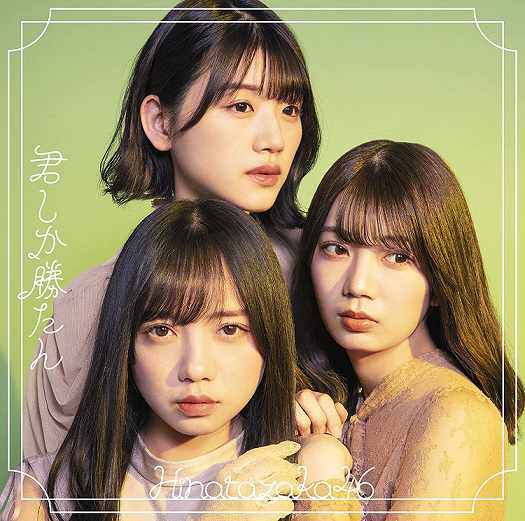 ‘Kimi Shika Katan’ is the 5th single of Hinatazaka46 released on 2021-05-26 in five versions – A, B, C, D (CD+Blu-Ray), and regular (CD only). Each CD has the same two songs (‘Kimi Shika Katan’ and ‘Koe no Ashiato’) and a different extra song in each version (all songs from all versions are available in the special edition sold by webstores). Blu-rays contain five different MVs and individual member PVs.

Note: All MVs were already released on YouTube (and uploaded to this tracker) in 4K VP9 Opus quality. It seems to me that Blu-ray versions are still better in both video (detail & grain retention) and audio quality, but the difference is much smaller than with only 1080p YouTube.

Powered by WordPress | Designed by NogizakaTv
© Copyright 2021, All Rights Reserved